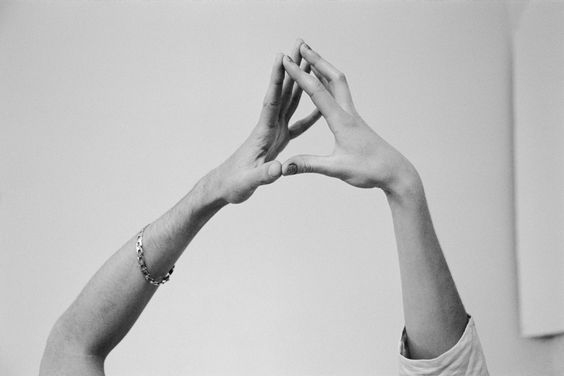 I’ve been thinking a lot about our experiences and how these shape our view of the world. Yesterday, TV personality Sonia Kruger made an alarming statement on national television about feeling ‘unsafe’ due to the amount of Muslim immigrants being accepted into Australia. She actually said that she would feel safer if we were to stop accepting Muslim immigrants altogether – and much to my disappointment, many of my ‘Facebook friends’ have since shared and indicated their agreement with her.

While in my mind the suggestion is barely worth giving any further attention to – it’s uneducated, xenophobic and bigoted as all heck (to put it lightly!) – sadly I feel that that many Aussies share her fear. Fear spreads, and it is contagious. Unfortunately it’s kind of an inevitable result of years and years of fear-mongering by the Australian media and government. We have been constantly told that our country is vulnerable and at risk of invasion. More specifically, Muslim invasion. Or, if you were to turn back the clock, communist invasion – or of course, the old ‘Asian invasion.’ Seriously, history seems to repeat itself in a terrible way. It’s the same brand of paranoia that’s been fed to us – the idiot public – for years and years, and we’re still buying it.

A couple of weeks ago I shared this image and caption on my Instagram, quoting the wonderful Peter Drew:

I couldn’t agree more with Peter’s idea of the way ‘fear merchants’  shift their hatred from one minority group to the next, “…without any self examination.”

Self examination is really the challenge that I wanted to put out there with this post. The opening quote came to mind today while my thoughts were swirling around: ‘…we see the world not as it is, but as we are.’ Challenge yourself on this. How do I see the world? Other cultures, religions, lifestyle choices? What am I afraid of and who am I afraid of? Why? Check your assumptions. Check your sources. You never know, you might surprise yourself.

To me, Kruger’s statements are just another sobering reminder that we have an incredibly skewed widespread perception of immigrants in Australia, and it’s perpetuated by the mainstream media in the same way that it’s always been: through fear and hatred. It doesn’t mean that Kruger’s opinions aren’t ‘valid’ enough to speak out – I’m sure that her feelings of fear are genuine and I’m not belittling her right to express herself. But I’d absolutely question the grounds of those fears. I’d question the information that that fear is based upon – because I can guarantee that with some hard facts thrown into the mix, it starts to look pretty foolish.

Unsurprisingly, Channel 9 have supported Kruger’s comments with the excuse of ‘freedom of speech’, as though this somehow justifies airing blatant Muslim-hate on national television. But I don’t think that the criticism of her statement has anything to do with freedom of speech. Heck – this blog post isn’t even about my outrage at Sonia’s views, or anybody else’s. Quite the contrary. I believe that we should totally be able to discuss these issues (e.g. the issues of terrorism, immigration, multiculturalism, refugees, religion) freely. But when your side of the discussion involves calling for discrimination against an entire religion, you will be called out on it, as you should be. That’s what a discussion is anyway, isn’t it?

So to exercise my freedom of speech, Sonia: personally, I’d feel safer in an Australia that is united instead of divided. One that rolls out the welcome mat without religious discrimination, instead of turning away good, law-abiding citizens seeking safety for their families and the opportunity to build a life for themselves.

I’ll be the first to admit that I’m an idealist at heart. In my perfect world, we’d have an Australian public that knows the difference between what information is credible and what is not – because in that world, invasion fear-mongering would be totally unacceptable! But I know that’s not the world we live in, so I’ll just put this out there instead: with this issue (and as with so many others), let’s not jump to conclusions, stereotypes, or assumptions. We each have the capacity for self-examination, as we do for tolerance, empathy and kindness. One of my favourite Nelson Mandela quotes seems fitting now more than ever: ‘May your choices be guided by your hopes, not your fears.’ It is my hope that we would always choose to respond with love over fear.

2 thoughts on “See the world…”